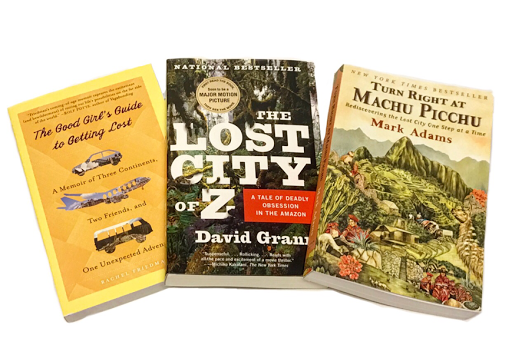 The travel adventure genre is filled with interesting and even downright comical books written by professional adventurers, archaeologists or just the average layman looking to add some flavor to his or her life. If you find yourself feeling wanderlust and you can easily categorize yourself as that armchair traveler, there are plenty of books that you can choose from — many of them written in the past decade or so. Of course, with so many books to choose from, you can easily feel overwhelmed, which is why we’ve decided to give you the top three adventure travel books of all time!

Written in the 90s by Bill Bryson, A Walk in the Woods has set one of the highest standards for adventure travel books of all time. Though this book is over 20 years old, many of the adventures of the author still rings true, and hikers can easily relate to his hardships faced on the Appalachian Trail. Deciding to hike the Appalachian Trail — its actual length is still debated — Bryson and his friend Katz must endure freezing temperatures, rough terrain, and an unfortunate human being named Mary Ellen. In a way, this book can be deemed the antithesis of travel documentaries as Bryson stumbles through the trail and is anything but fit, but what really stands out in this novel is his ability to capture the imagination with his wit and humor even when he’s at the end of his rope.

Though recently turned into a film, the Lost City of Z written by David Grann is a worthy read for all armchair travelers. It chronicles the tale of a lost city in the Amazon jungle, the obsession that has led numerous people to investigate its merits, and most importantly, the disappearance of Col. Percy Fawcett. Whether the Colonel ever made it out of the jungle or was killed by angry tribesmen still remains a mystery to this day. David Grann arms himself with his basic survival skills and his knowledge of the lost city to attempt to find its location. Unfortunately, as many before him, he comes home empty-handed, but he has written a fantastic adventure novel that will resonate with audiences for years to come. 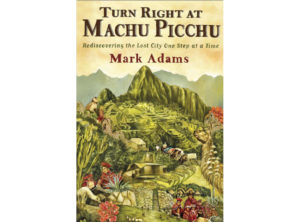 In the same vein as the other amateur adventure travel books, Turn Right at Machu Picchu written by Mark Adams is not only an educational story filled with adventure, but it also highlights human greed and our history. Mark Adams sets out to retrace the steps of Hiram Bingham III and hikes rough terrain and little traveled narrow roads in order to reach the top of Machu Picchu. His writing is as enjoyable as Bill Bryson’s, but what makes it even more interesting is he has very limited survival skills when it comes to experiencing the wilderness. Anyone who is taking it upon himself or herself to hike the jaw-dropping cliffs leading to Machu Picchu will understand what a gigantic feat this is for a mundane journalist to accomplish.

The top three books are guaranteed to resonate with you for a lifetime and keep you entertained on every page. What makes all three authors unique is their amateur approach to adventure but fantastic writing skills that make their stories come off the pages of their books.

This message is only visible to admins.
Problem displaying Facebook posts. Backup cache in use.
Click to show error
Error: Error validating access token: The session has been invalidated because the user changed their password or Facebook has changed the session for security reasons. Type: OAuthException
Tweets by JFbookman